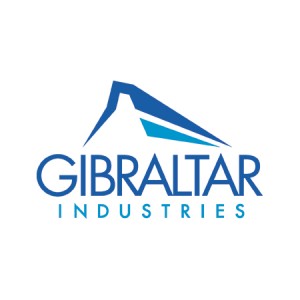 For more than 75 years, AMICO has experienced tremendous growth and has continued to expand with 14 manufacturing plants and 18 distribution centers around the world.  Now, Gibraltar, recently acquired RBI, is enabling the company to break into the solar racking market.

Gibraltar Industries, a manufacturer and distributor of products for residential and industrial markets, announced Wednesday that it has acquired all of the outstanding shares of privately held RBI Solar, Inc., Rough Brothers Manufacturing Inc., and affiliates (collectively “RBI”) for $130 million, subject to adjustments, in a transaction that will enable the company to leverage its expertise in structural metals manufacturing and materials sourcing to meet fast-growing global demand for solar racking solutions. The company also announced that it anticipates its second-quarter 2015 financial results will be in line with its previous expectations.

Ohio-based RBI has established itself during the past five years as North America’s fastest-growing provider of photovoltaic (PV) solar racking solutions. The global market for PV solar racking is estimated at $9.3 billion annually and is forecasted to grow at a 14 percent CAGR in the next four years, with the North American market estimated at $1.2 billion and forecasted to grow 9.8 percent annually over the next four years, according to Wolf Research LLC. RBI’s revenues were $164 million in 2014, two-thirds from sales of solar racking solutions.

“Acquiring RBI is an important step in the transformation of Gibraltar into a company with a higher rate of growth and best-in-class financial metrics,” said Gibraltar Chief Executive Officer Frank Heard. “This acquisition directly aligns with key end markets and product platforms that we have strategically vetted and previously communicated to investors. Renewable energy, and solar racking in particular, is one of these markets, and a key opportunity for global business expansion. Adding RBI not only accelerates our entry into this attractive and fast-growing sector, but also broadens our portfolio of products serving critical infrastructure markets around the world. RBI is a leading provider of rooftop racking solutions and ballasted ground mount systems in Europe, is an early entrant in the large and fast-growing Japanese PV solar racking market, and has plans to expand in South America and the Middle East, leveraging its existing operations in Europe, China, and the United States.”

Gibraltar estimates the acquisition will benefit its second-half 2015 financial performance, adding incremental revenues of $115 million to $120 million and $0.17 to $0.21 to non-GAAP adjusted earnings per diluted share excluding non-cash amortization, purchase accounting and transaction expenses. The company financed the transaction with available cash and proceeds from its revolving credit facility.

This article was originally posted on IndDist.com