Cornell Sibley Hall is home to a custom expanded aluminum ceiling system that was designed, engineered and manufactured by AMICO. LEVENBETTS Architecture of New York contacted AMICO after learning about the APEX line of meshes and worked closely with the Architectural Metals group to design a custom expanded mesh. AMICO’s fabrication team worked on the details of the custom framework and attachment hardware. 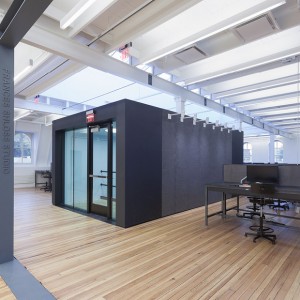 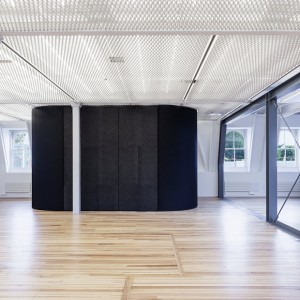 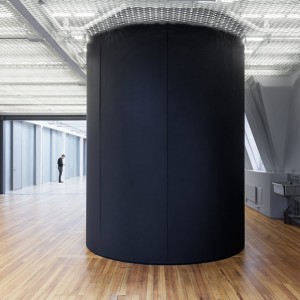 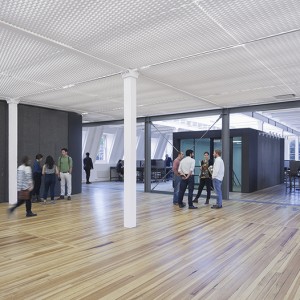 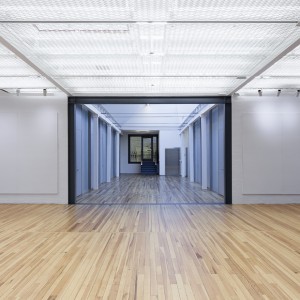 In Sibley Hall, a clean, well-lit space for architects

The third floor of East Sibley Hall has a new look to serve an old purpose. The renovated space opened at the beginning of the fall semester and features 11 faculty offices and studio desks to accommodate 60 architecture students. 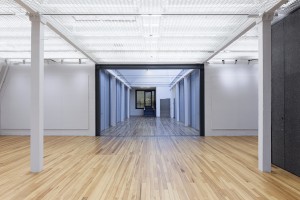 East Sibley’s third floor has gone through several iterations in recent decades. When the College of Engineering moved out of Sibley Hall in the late 1950s, the College of Architecture relocated from White Hall and initially used the space to house architecture design studios and then the Fine Arts Library. The library was moved to Rand Hall in 2012.

“The library needed to move for several reasons,” says Kent Kleinman, Gale and Ira Drukier Dean of the College of Architecture, Art and Planning (AAP). “It was one piece of the master plan for Milstein, Rand and East Sibley halls that we have been executing since Milstein Hall opened in 2011.”

Sibley Hall’s designation as a historic building played heavily into the approach to the project, which was funded through a gift from Frances Shloss ’44, B.Arch. ’45, and designed by the New York City-based architecture firm LEVENBETTS.

“Adaptive reuse is a large part of our urban future and what we teach at AAP,” Kleinman says. “We took the time to consider preservation versus reconstruction versus new construction, and whether architectural authenticity resides in the material itself or in the design and specifications. 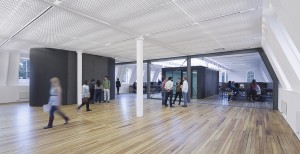 “We asked questions such as, ‘If you replace a piece of damaged wood with the same species of new wood, has architectural authenticity been respected?’ and ‘Is the patina of age and use part of the historic condition?’ These are conceptually interesting and aesthetically stimulating questions.”

The exterior restoration work, especially the replacement of the original windows, demanded particular care. All 39 double-hung windows were replaced with materially and operationally precise replicas, custom-crafted by a master carpenter and fitted with energy-efficient insulated glass.

Other pieces of the space were renovated instead of replaced. The original pine floor, marked up over decades of use, was retained with visible patching and minimal resurfacing. New structural elements were added where roof joists had been severed to address a critical thrust problem at the walls.

Two shear walls that divided the space into three cells also were addressed. A passageway was cut into one wall, and the other wall was completely removed and replaced with a cable-braced steel frame, which “allows for an uninterrupted flood of daylight and a generosity of space,” Kleinman says. “The architects have placed these bold interventions in dialogue with the historic material and scale of Sibley.”

Creative use of space permeates the new design. The walls of a bathroom pod and an emergency stair exit are clad with recycled plastic and can be used as pinup space, and a 15-foot-wide corridor/collaborative zone between the faculty offices provides an area for interaction and socialization between students and faculty.

“The third floor is moving back to a much-loved use,” Kleinman says, “while simultaneously paying homage to an original historic structure.”

This article originally posted on Cornell.edu.