AMICO Has A Great Showing At 2014 FABTECH Expo

The AMICO Fabricated Products Group recently returned from the 2014 FABTECH Expo after an awesome showing to a reported 30,000 + attendees in Atlanta, GA. The interest in AMICO products was overwhelming. AMICO was able to expose their wide range of products and services a whole new group of OEM accounts as well as custom fabricators. The show was manned by the entire AMICO FAB Team. Special thanks to all of the AMICO employees who helped make this show a great success! 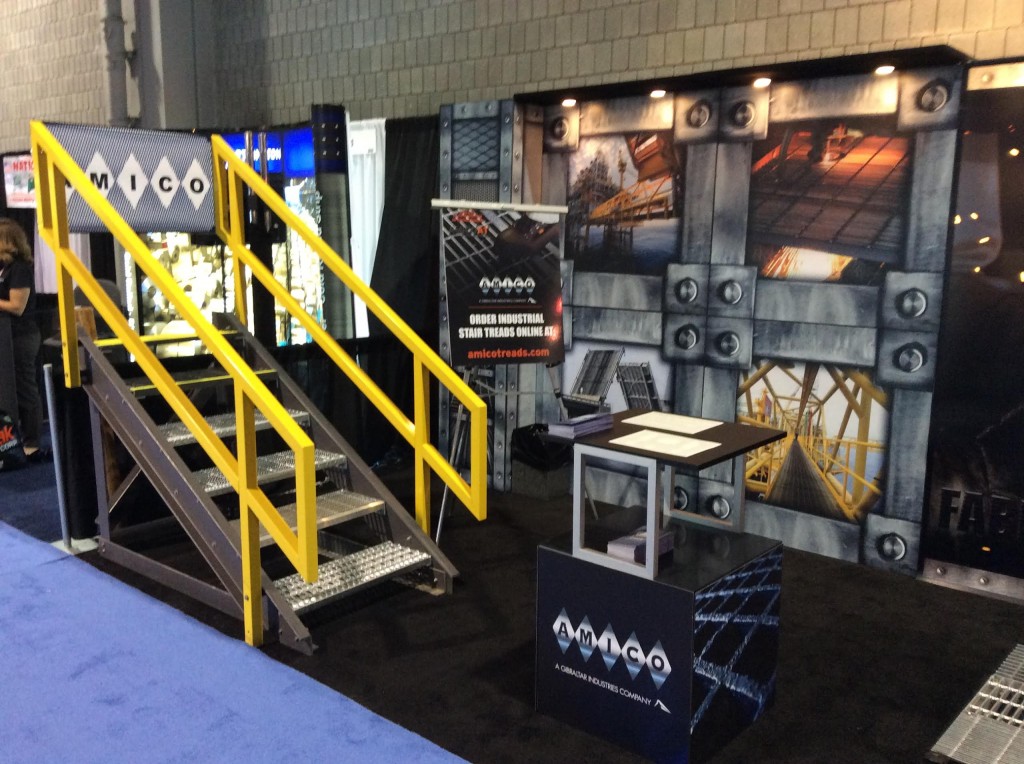 Atlanta, November 19, 2014) The depth and breadth of manufacturing’s reach into the U.S. and global economies was on display at the recent FABTECH 2014 exposition and conference in Atlanta. FABTECH, held November 11-13 at the Georgia World Congress Center, is the largest annual metal forming, fabricating, welding and finishing event in North America.  In addition to setting records for numbers of attendees, exhibitors, and floor space at a FABTECH Atlanta show, the event featured briefings by high level speakers and timely industry panel discussions.

More than 30,800 attendees from over 70 countries attended FABTECH 2014. During the three-day expo, attendees visited 1,477 exhibitors to see live equipment demonstrations – including hundreds of new technologies – and compare products side-by-side to find cost-saving solutions. The exhibits covered more than 550,000 net square feet. Attendees also benefited from the FABTECH educational conference that included expert-led sessions on some of the hottest topics in manufacturing.

“FABTECH Atlanta delivered a solid return on investment for exhibitors and provided manufacturers from across the U.S. and around the world with the opportunity to see new technology, gain knowledge and network with peers,” said Mark Hoper, FABTECH show co-manager.

“Attendees were impressed with the size and scope of the show and the large number of new products and groundbreaking technologies on display” added show co-manager John Catalano.  “As important, our exhibitors told us they collected high quality leads and sold machines right off the show floor.”

“At FABTECH, you have a wide display of new innovation and new technology every year,” said Air Liquide’s Charles Caristan in a video shot on the FABTECH show floor.  “Also, there is a real ability to network among all of the associations and trade organizations at the show.”  (Watch FABTECH show floor videos here.)

“FABTECH gives us the opportunity to meet the type of customers that we couldn’t possibly know exist out there,” said Arnie Mayher, Jr. with Stripmatic Products Inc.

Manufacturers heard keynote presentations from senior executives at two Fortune 50 companies, Walmart and Google. In addition, a State of the Industry panel discussion led by executives at leading companies such as Caterpillar, Inc. and others offered insights on the future of U.S. manufacturing.

In honor of Veterans Day, FABTECH placed a special emphasis on military veterans during special events on November 11. A briefing was held with five leaders of organizations dedicated to helping close the manufacturing skills gap by connecting veterans and National Guard members with manufacturers. One of the panelists, Steve Nowlan, president of the Atlanta-based Center for America and campaign director for American Jobs for American Heroes, published an op-ed titled “Employ our Veterans” on this important issue during the show. FABTECH attendees and exhibitors in Atlanta also raised money through the FABTECH Expo Cares program to benefit Workshops for Warriors, an accredited 501(c)(3) non-profit organization dedicated to training, certifying, and placing veterans in manufacturing careers.  More than $10,000 has been donated, and contributions are still being accepted at fabtechexpo.com/fabtechexpocares.

One special networking opportunity at this year’s show was the Industry Night event held on November 12 at the newly opened College Football Hall of Fame in Atlanta. Nearly 1,000 attendees gathered to enjoy the fan experience and network with industry peers.

The next FABTECH event will be FABTECH Mexico to be held in Monterrey, Mexico on May 5-7, 2015.  FABTECH 2015 will be held in Chicago on November 9-12, 2015. Stay connected with FABTECH on Twitter, LinkedIn, Facebook and YouTube by visiting its social media page. 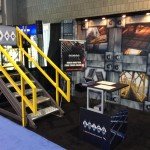 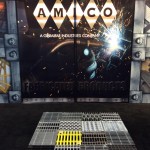 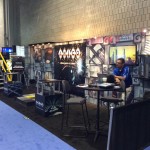 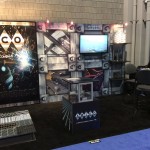