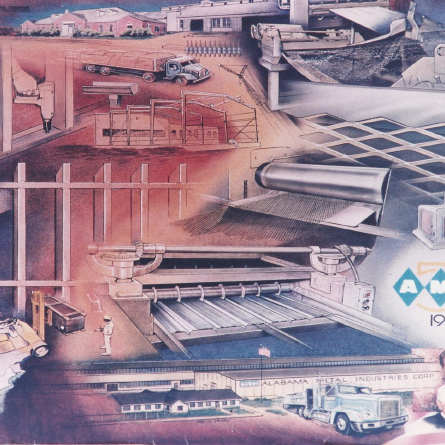 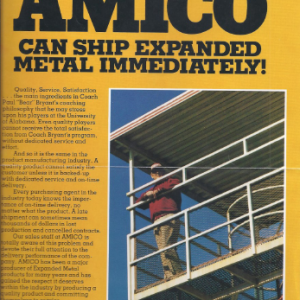 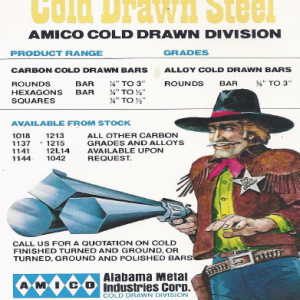 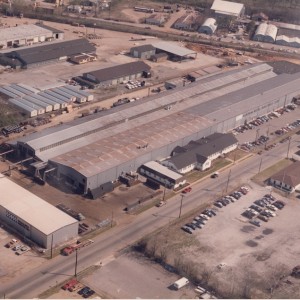 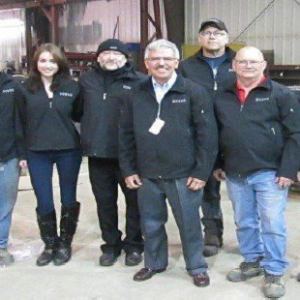 During the 1980s, AMICO continued to explore new options for product offerings, to forge new relationships in the markets, and to further develop the strong relationships with their current customer base. The year of 1982 saw the development and introduction of STAY-FORM, an American made product used in the concrete-forming industry. This was a desirable product and remains an important product line for AMICO today.

1982 also brought the retirement of Robert Shook as president. William, or Bill, Baird would take over the reins for the following 16 years. Bill had come to AMICO from US Steel and began as a filing clerk in the sales department before rising through the ranks of sales to become VP of Sales, and eventually president. Many people in AMICO’s history have risen through the company, providing the basis for a favorite quote of Charlie Webb: “You can go as far as your ability and your ambition will allow you.”

In the mid-1980s, AMICO acquired a technology company in an attempt to diversify even further. The steel market had been historically volatile and management decided that it might serve to safeguard the company’s assets to have a stream of revenue which was entirely separate from the steel industry. An entire office was established in the Birmingham area and their main product was software packages for business use. One was created for bookstores to keep track of stock and complete inventory and sales transactions. Another example was TRACS, a system that was used in veterinarian and animal research clinics. This effort eventually proved to not be as successful as they had hoped. This division was closed and management decided to stay closer to the company’s industry of expertise.

The company continued to grow sales organically throughout the decade. Management decided in the final years of the decade to further that growth by developing an acquisition model to expand the company even further. Several acquisitions were made in the latter part of the decade: Bostick Steel Lath Company, Exmet Industries, Expamet (the US division of the UK-based Expanded Metal Corporation), and Blaw-Knox Corporation. The purchase of Blaw-Knox gave AMICO control of one of the only two EVG welders for bar grating in existence at the time. It was located in the Chicago area. The Jackson, MS location of Blaw-Knox provided the company with another Nucor forge welder.

The company continued to grow sales organically throughout the decade. Management decided in the final years of the decade to further that growth by developing an acquisition model to expand the company even further.

The 1990s were similarly marked by AMICO expanding through acquisition. A Birmingham area producer of vinyl profiles, Vulcan Products, Inc. was acquired in 1993. This facility would eventually be divested and the vinyl operations would be moved to the Lakeland, FL facility.

International Safety Gratings (ISG), a large manufacturer of safety grating products in Canada, was acquired by AMICO in 1995. This purchase expanded AMICO’s product offerings again by adding a full range of safety gratings to the portfolio. It also added more locations to AMICO’s map of Canadian facilities in Vancouver and Burlington.

1995 also saw the end of the original ownership structure of AMICO and the Webb family’s involvement with the company. The management and former management sold their shares to Cravey, Green, & Whalen, Inc. This private equity firm in Atlanta used a leverage buyout to acquire ownership of the company.

Two important acquisitions occurred in 1998 – those of Sea Safe, Inc. and Diamond Perforated. Sea Safe, located in Lafayette, LA, was, at the time, a custom fabricator of fiberglass structural platforms and walkways. Diamond Perforated was the largest full-line manufacturer and distributor of perforated metals in the United States. It is located in Visalia, CA.

1998 was also Bill Baird’s last as president of the company. Roland Short, Executive Vice-President at the time, stepped in to the president’s office for the next eight years. Short had been a successful salesman with IBM before his time at AMICO.

The close of the decade brought another important acquisition to AMICO’s portfolio. Klemp Grating had over 75 years of bar grating history, experience, and products to bring into the AMICO fold, and also broadened the geographic presence. The facilities in Dayton, TX and Orem, UT are still in operation today and serve customers in those areas and beyond.