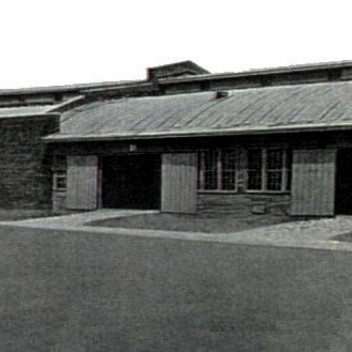 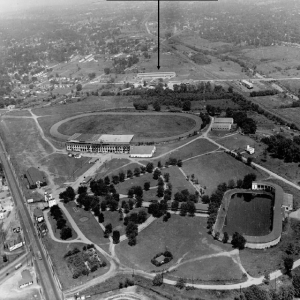 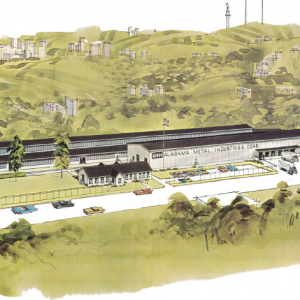 The 1930s saw the nation and the world weather one of the worst financial crises in history. Unemployment rates skyrocketed as businesses were forced to cut wages and labor force in order to survive the downturn. Every market was impacted from automotive to real estate. The banks were urged by the Hoover administration to join together and attempt to rescue some of the smaller failing banks and investment institutions, but most were reluctant and the idea never bore fruit. The administration also passed the Federal Home Loan Bank Act, the purpose of which was to spur new home construction and reduce foreclosures. This idea also failed to meet its objectives. The failure of the economy to rebound led to a drastic political realignment, resulting in the election of President Franklin D. Roosevelt.

FDR, as he came to be known, and his administration pushed into existence a program called the New Deal. This created several agencies which targeted relief for the unemployed and poor, recovery of the economy, and a reform of the financial system. In addition to banking reform and support for the farming industry, one of the most successful reforms passed by the new administration was seen in the housing sector. The Home Owners’ Loan Corporation (HOLC) set standardized appraisal methods and made the mortgage process easier. The Federal Housing Administration (FHA) created new standards on the federal level for new home construction. Both of these helped spur home construction and home ownership.

Housing construction still was not rising to the levels for which the administration was hoping. In 1937, they passed a final major housing-related piece of legislation – the Housing Act of 1937. This act was designed to loan money to states and municipalities to provide for low-cost housing construction. This was aimed at providing housing for the homeless and poor, who at the time often lived in and around crime-ridden slums and small pop-up shanty towns. Many new residential buildings were constructed as a direct result thereof.

One last roadblock stood in the way of the economic recovery – the Recession of 1937. That backwards slide stymied growth beginning in the fall of 1937 and continued through most of the next year. The housing market began a slow recovery in 1939, but that recovery spiked in the early 1940s.

With the legislation in place to assist in economic and housing recovery, and some signs that the recovery was beginning to take hold, a group of men had an idea.

With housing construction beginning to increase and more people able to buy homes, the demand for building products had to increase as well.

With housing construction beginning to increase and more people able to buy homes, the demand for building products had to increase as well. Before 1939, there was no manufacture of metal lath or trims south of the Ohio River. Those facts, combined with Birmingham’s role as a prominent steel center in the United States, led a small group of prominent Birmingham businessmen to the conclusion that these products should be manufactured in their own city.

A few of these businessmen all knew each other from the Birmingham Country Club at which they were members. The three had begun playing high stakes cards games on Thursday nights. The three were very successful and often considered ways to save money on their taxes. They decided to invest in a new business with the hopes that it would eventually succeed, but that they might save money in the beginning if the company could post losses. Unfortunately, the company actually realized a small profit in the first year and their hopes were dashed – but the foundations of a successful business had been laid.

Frank Horton had been a distributor of metal lath and accessories, and therefore knew the markets and customers. He solicited support from these men who were already known in the area for their business acumen. Hugh Kaul was president of Kaul Lumber Company and the founder of the Alabama Forestry Association. He was also a former Alabama legislator. William “Bill” McWane was president of McWane, Inc. – now one of the world’s largest manufacturers of iron water works and plumbing products. It remains one of America’s largest privately held companies. Crawford Johnson, Jr. was president of Coca-Cola Bottling Company UNITED, which remains the third-largest Coca-Cola bottling company in North America, as well as being the largest privately held Coca-Cola bottler. John Coxe was a successful, Princeton-educated insurance agent with Penn Mutual Life. He was also Bill McWane’s brother-in-law. Horton would become the company’s first president, and John Coxe would be the first vice-president. They hired Robert Durfield as operations manager for the production shop.

They decided upon the name Alabama Metal Lath Company in 1939 and began the process of starting up the business. The company was officially incorporated in January of 1940.

They decided upon the name Alabama Metal Lath Company in 1939 and began the process of starting up the business. The company was officially incorporated in January of 1940. Those five investors combined a total of $130,000 to start the business. This was divided among 1300 shares, each worth $100. Adjusted for inflation over 75 years, that initial investment would be worth approximately $2.25 million today.

The business was located in a vacated lumber company building just two miles from the Coca Cola Bottling Company near Birmingham-Shuttlesworth International Airport. The building at 1631 Vanderbilt Road had antiquated, wooden floors which served as support for the tons and tons of steel that came through the company. Alabama Metal Lath Company’s raw materials originally came in the form of cut sheets rather than coils. These sheets were transported in bundles and hand stacked from railcars to carts for movement to the production area. The steel was originally procured from Tennessee Coal, Iron, and Railroad Company (TCI), the primary southern subsidiary of U.S. Steel. TCI made its move into the lucrative Birmingham steel market in 1886 through a merger. This effort was led by Alfred Montgomery Shook, whose grandson, Robert, would become an employee – and eventual president – of Alabama Metal Lath Company. TCI would later be completely absorbed into U.S. Steel and its existence as a separate entity would end.

In 1941, the company already had salesmen across the country, from Los Angeles to Memphis, to Charlotte. After the joint investment from those five founders, the company posted earnings of $129 for the year. The following year, a loss of $9000 was reported. Although those first few years did not prove financially successful, world events would soon impact that and change the face of the company’s production for a number of years.