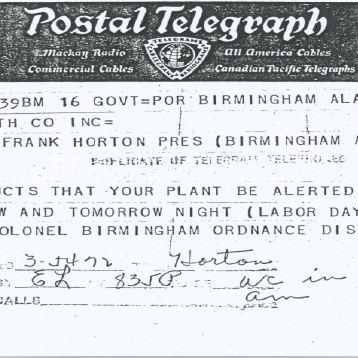 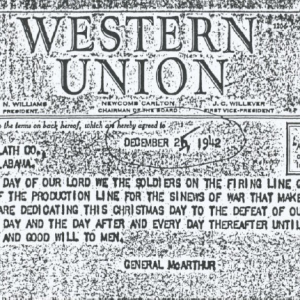 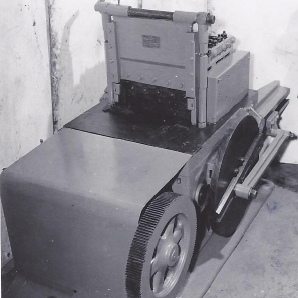 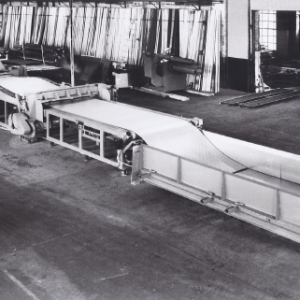 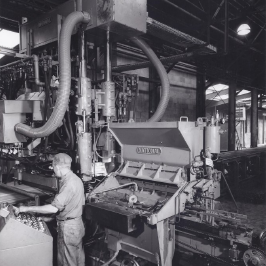 On December 7, 1941, the Japanese conducted a surprise military strike against the US naval base in Pearl Harbor, Hawaii. President Roosevelt would declare it “a date which will live in infamy”, and the United States congress would declare war on Japan the day following the attack. Within just a few days, formal declarations of war were levied against the then-fascist nations of Italy and Germany. The United States had fully entered into World War II.

Throughout the United States in the following year, the U.S. War Production Board (WPB) began to ration and allocate materials which were becoming scarce due to the war efforts. Gasoline, oils, rubber, paper, plastics, and metals were all being used for production of items for military use and support of the Allied effort. This impacted the company as the metals allocations eventually halted production. The metals used in the production of building products – steel, copper, aluminum, and chromium – were all under strict rationing.

Due to these restrictions, Alabama Metal Lath Company joined the war effort. The factory began production of inspection gauges – called “go or no-go gauges” – used for inspections of wartime equipment such as artillery shells, bombs, and fuses. As the nation’s involvement in the war increased, so did the company’s. The WPB supplied the company with the equipment necessary to produce .30 caliber machine gun belt clips. A meticulously complex process of machining, forming, and heat treating was necessary to obtain the springiness needed for the clips to fire properly. Inferior clips were not acceptable as they could handicap American and Allied forces while in combat.

Production reached peaks of 750,000 links per day. In 1943, the company’s production efforts were solely focused on wartime products. By the end of the year, over 125 million links had been shipped.

Due to the mobilization of much of the male population for wartime efforts, many women were utilized in the factory. Production reached peaks of 750,000 links per day. In 1943, the company’s production efforts were solely focused on wartime products. By the end of the year, over 125 million links had been shipped.

Allocation of resources wasn’t the only thing the WPB oversaw. In early 1944, Alabama Metal Lath Company began negotiating with the WPB for permission to build a new production facility. As materials and labor were dwindling resources, the WPB was involved in many decisions which might affect those resources. VP John Coxe traveled to Washington, D.C. to meet with the WPB to discuss this proposal. They estimated the cost of moving operations and building new facilities would cost around $110,000. In June, the company acquired 7 ½ acres near the Birmingham Fair Grounds for $8600. The property had been held by the city for back taxes.

For its performance in contributing to the war effort, the company received the Army-Navy “E Award” which recognized excellence in production of war equipment. Only around 4% of the companies engaged in the war effort received this recognition.

1944 also saw the company return to profitability. There was a shortage of labor for the plant, so the machine shop was running seven days a week and the employees averaged 70 hours per week. The end of the year also brought the first recorded donation to the community. The company made a donation to the Jefferson County War & Community Chest – the first in an ongoing effort to support the community, which is still held as important today. This is reflected today both in the company’s pronounced Values and in the record of donations to assist the community. In March of 1945, John Coxe wrote in a letter to Crawford Johnson, Jr., describing how the company had increased sales and created new jobs in the area, “It seems apparent that the company has contributed to the community as well as to the war effort and its own benefit.”